There is a man working with me, at the company,who’s lying to everyone like a little kid.

One day, I warned him about some mistakes he made, then he said( Mr. A told  me to do it this way).

However Mr. A was sitting  next to me so I asked him if this is true or not.
Obviously what he said is not true at all. He didn’t care if Mr. A was listening or not,  he always finds a foolish way to get rid of  his mistakes like that.
He is a good talker but moody at the same time, He likes gossiping and talking about others badly, he always underestimates people thinking  boasts of  himself.

However, his reputation among the ladies in our company is really bad. This is what they said about him:
A: I cant. believe  that he is a father of two children. How can he lie easily and behave like this, I’m shocked!
B: Seriously, i cant imagine that!
A: I wonder what kind of person is his wife?
B: Definitely he have a good patience wife.

That sh*ty person’s wife is  patient person!!  What does this mean?!!, I was talking to myself  inside my head.

Did they mean by “patient wife” that she is patience of serving him ,or patience because she accepts anything he does because she loves him!!

I’m sorry but i didn’t understand what you guys thinking about. Honestly I don’t think she is “patient wife”, I would say she is stupid !!

“I’m struggling because of that person. I get hurt because of that person. But I’m still doing my best to keep everything good.  I know I can do it because I used to do it.” Those ladies who thinking that way misunderstanding the situation. They
are not amazing by doing it that way, they hurt them self instead.”
Moreover, they didn’t realize how much they get hurt. Their sense of value  justified within themselves  and worse than that, they teach these values to others under the name of “advice for being better person”.
But, those ladies who choose such a sh*ty person are completely blind. How come they are feeling fine to serve him like a maid and being proud of that.
Personally it disgust me how people call them “good patience wife”

Here is what i think, if they get hurt by Stranger or face any unreasonable behavior, running away or fighting in order to guarantee their safety  is an act of smartness.

There is no reason  to protect such a value, being patience to injustice.

I saw this sentence on the internet “ Japanese  people need to stop respecting  those sh*ty  haughty people”  and that’s exactly what i thought.
Those sh*ty haughty people have someone patience among  their behaviors which make those haughty continue their haughtiness behavior.
Even though people act like they respect those haughty people, they actually don’t. But the problem here is that the haughty’s thinks differently! They think people respect, or should respect, them because of their greatness.
Have you ever you  see Dalai lama?!
Dalai lama(top monks of gelug school of Buddhist) is Highly respected person but he is good-natured old man, he never show any act  of haughtiness.
https://en.m.wikipedia.org/wiki/Dalai_Lama
Sh*ty people’s family and coworker, i beg you not to respect them or being patient toward them.
Thanks for your ” good patient person” perceptive,  because I’m not a person who can change people’s bad mood or respect them if they are disrespectful, I get abused by one of those sh*ty people saying for me “hey, you! What’s wrong with this mood,
ha!”After he said that to me, out of nothing I became like Raoh(character from the manga of Hokuto No Ken) a strong fighter, fighting for my justice and yeah I won this fight!      ↓Raoh 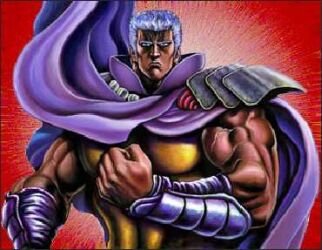